With what began as an acoustic music side project between three friends, 30 Fingers has stood the 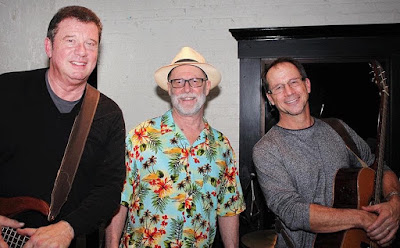 test of time. Guitarist Jeffrey Rupp, bassist Jim Beaty and percussionist Earl Six have each had their share of success in many local groups, but consistently return to the trio format for performances ranging from festivals to club dates to private parties and receptions.

Drawing from a broad pallet of songs, these consummate pros play a little of everything – from James Taylor and Van Morrison to surprising covers by Jethro Tull and Prince. “We really try to touch all bases,” says Beaty. “Give everyone a taste of something they know and have a great time in the process – that’s what makes a good night for us. We all sing, so we tend to spread lead vocals all around. Plus, having a lot of harmony vocals are what make us a little different from most acts.”

This Starkville-based trio has been around since the late 90s and have opened for several national acts including The Guess Who, Paul Thorn and Foghat. As great friends both on and off the stage, 30 Fingers look forward to many more gigs together – all of them in perfect harmony.